The Breckenridge Bucks faced the Colorado Thunderbirds and Aspen Leafs in their mid-January home series at the Stephen C. West Ice Arena, January 15-16 and January 22-23, 2016. They split the series with the Thunderbirds, 5-6 in overtime and 7-5; and lost in both contests with the Leafs, 2-9 and 2-7.

Intermission entertainment included a five-minute Mini Mites game between a determined group of young hockey players who were shorter than the length of their sticks, and another elegant performance by figure skater Jamie Ann Chandler.

Fans had a number of food choices including flavorful Gumbo and Red Rice & Beans with Spicy Sausage from The Lost Cajun, pulled pork sliders and beef chili from Whole Foods Market, beer from Breckenridge Brewery, and wine from Grande River Vineyards.

Fans continue to be pleasantly surprised to find wine being poured at a hockey game. It has been an excellent opportunity for attendees to taste wine from Colorado’s wineries. The mid-January home series featured Grande River Vineyards, located in Palisade. Fans had their choice of 2012 Malbec, a rich red, or 2013 Meritage White, a blend of Sauvignon Blanc and Semillon. 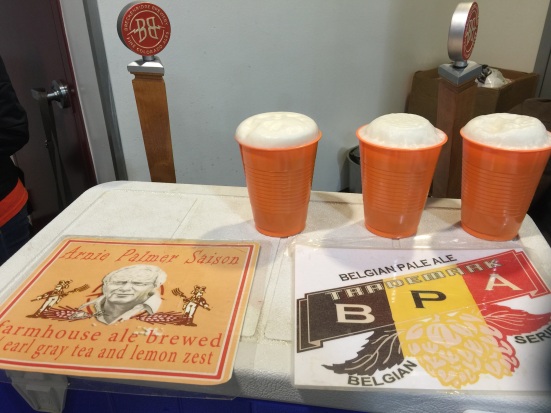 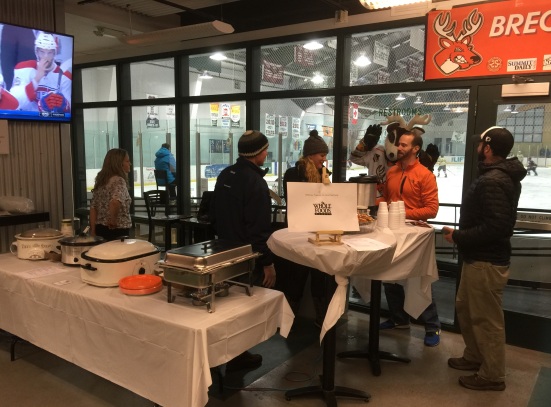