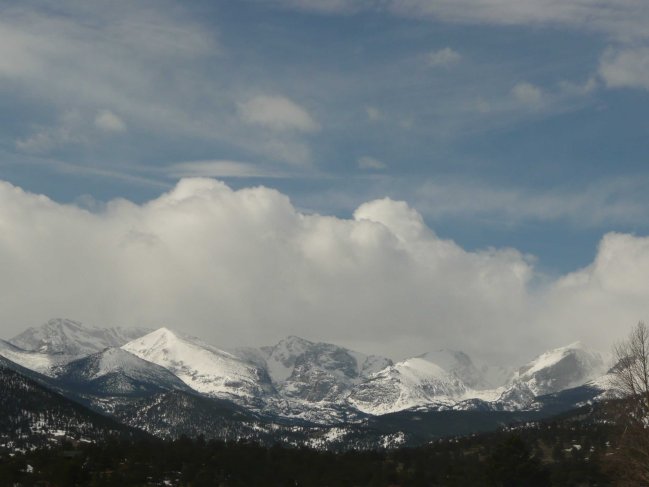 The view from the front porch of the Stanley Hotel.

In September 2013 the unthinkable happened when epic flooding damaged vast sections of Larimer County and the Front Range. The town of Estes Park was essentially cut off when highways 7, 34, and 36 were washed out. The roads are now open and largely rebuilt, making a weekend getaway to Estes Park a journey of rediscovery.

In January 2014, Hush Concepts, a pop-up supper club known for hosting fun dinners in unexpected venues, took up residency at Estes Park’s historic Stanley Hotel for “Table: Great Roads to Great Chefs.” The 15-week series opened on January 31 with Chef Ian Klienman from The Inventing Room & “The Denver Five,” and concludes April 19 with Chef Caleb Shriver from Dutch & Company. The Chefs in Residence have brought their culinary skills to groups of up to 40 people for a private dinner in the Manor Hall at The Lodge at The Stanley. A portion of the proceeds from the event benefit the flood relief funds at the Community Foundation of Northern Colorado. 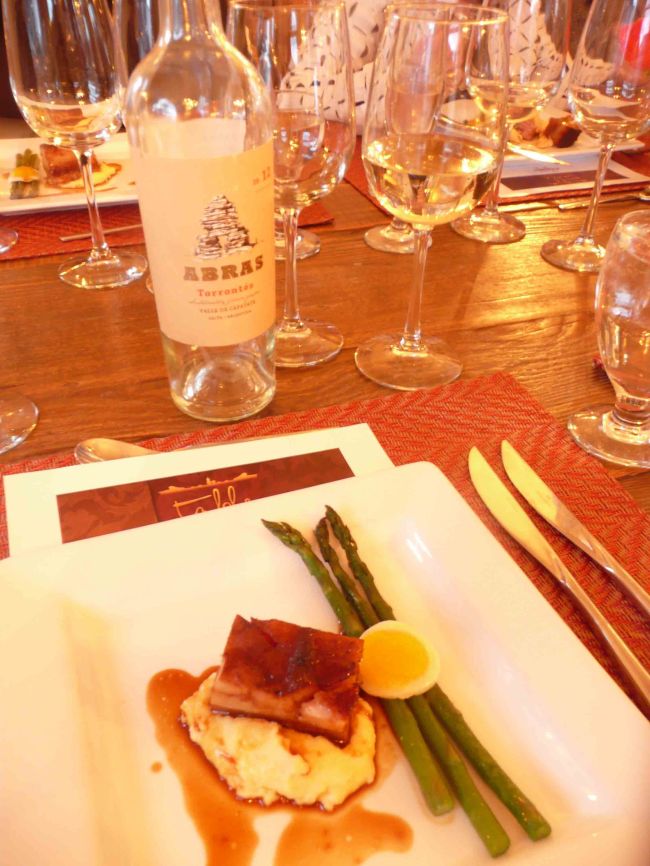 Chef Hosea Rosenberg, of Blackbelly Catering and known to many as the winner of Season Five of “Top Chef,” was the featured chef on April 4 and 5, 2014:

Second Course – Pork Belly, Sunnyside Up Quail Egg, Asparagus, and a Ginger-Soy Reduction over Soft Polenta, paired with Abras Torrontés 2011. Hosea introduced the course as “bacon and eggs.” He makes an especially succulent pork belly. When paired with asparagus and eggs, it had the feel of a preview of Easter Brunch. The wine was light and refreshing, with honeysuckle in the bouquet. 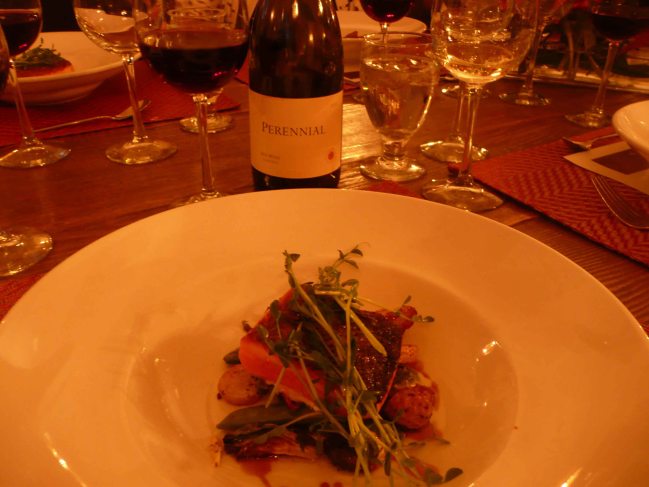 Third Course – Crispy Skin Salmon, Fingerling Potatoes, Brussels Sprouts, Peas, with a Pomegranate-Brown Butter Sauce. Hosea referred to salmon skin as “bacon of the sea,” and advised that all health-conscious foodies will want to eat this part of the salmon because it has the highest concentration of EFAs. To make it even healthier, it was paired with Flowers Perennial 2011, a juicy red blend of 48% Pinot Noir, 44% Syrah, 4% Pinot Muenier, 3% Dolcetto, and 1% Chardonnay.  Not an empty plate in the house.

Fourth Course – Colorado Lamb Loin with a Fava Bean-Mint Pesto with Carrots and Morel Mushrooms, finished with a drizzle of Nice Olive Oil. It was paired with Altocedro Tempranillo 2011 from Mendoza, Argentina. It was classic and inventive at the same time, every bite delicious. 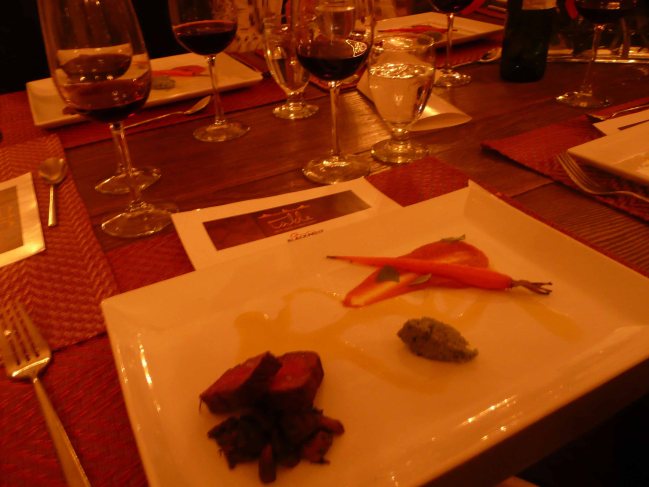 Fifth Course – Lemon Pound Cake with a Pistachio Cheesecake baked inside, served with Strawberry Ice Cream and drizzled with with Strawberry-Lime Purée. It was paired with Vermeil Dry Semillon 2010 from the Luvisi Vineyard in Napa Valley.

Rather than return home on any of the windy canyon roads under construction, we opted to stay the night. When we turned on the TV, Jack Nicholson greeted us in an endless loop of “The Shining.”

Despite ample evidence of the recent floods, the drive to Estes Park on Highway 7 and to Denver via the Big Thompson Canyon and Highway 34 were beautiful. It was a fun getaway served with top-notch food and wine. 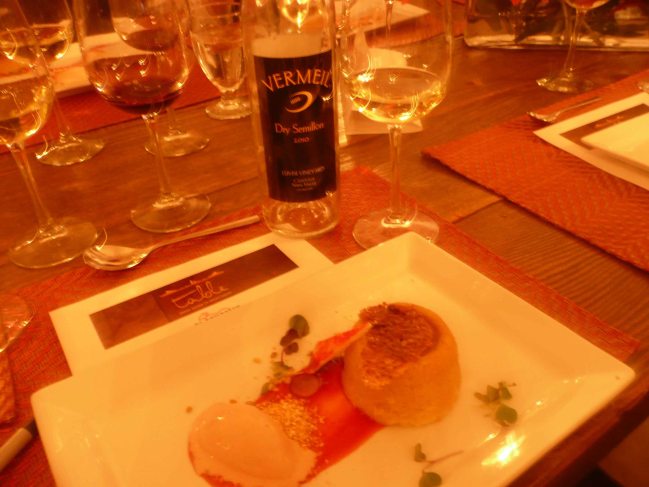