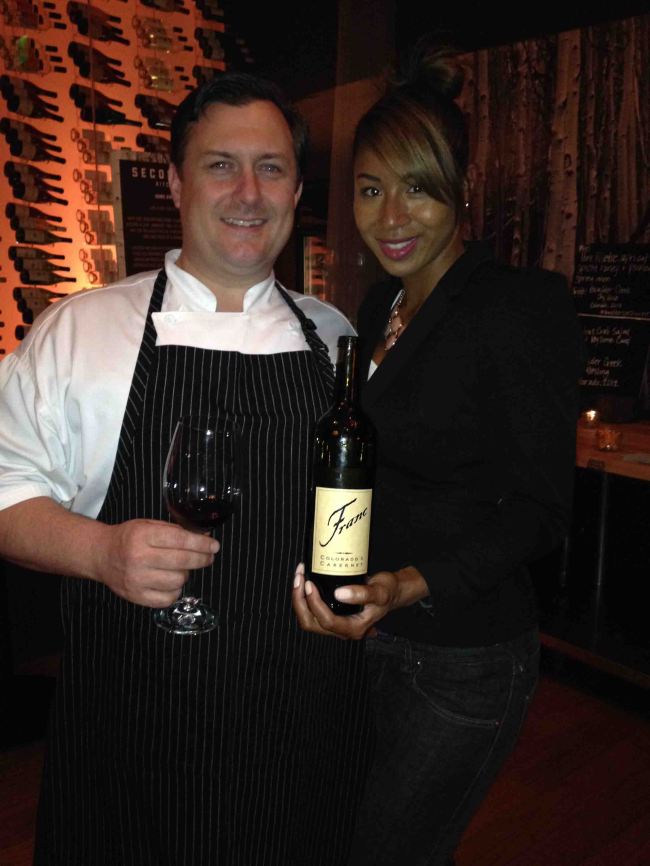 Kendra asked the tasters to compare the wine + food pairings to famous couples:

The Welcome Wine was Boulder Creek Sauvignon Blanc Colorado, 2013: dry, lean, and crisp, with refreshing flavors of green apple and grapefruit. It whet the appetite for more, which was the perfect way to begin the evening. 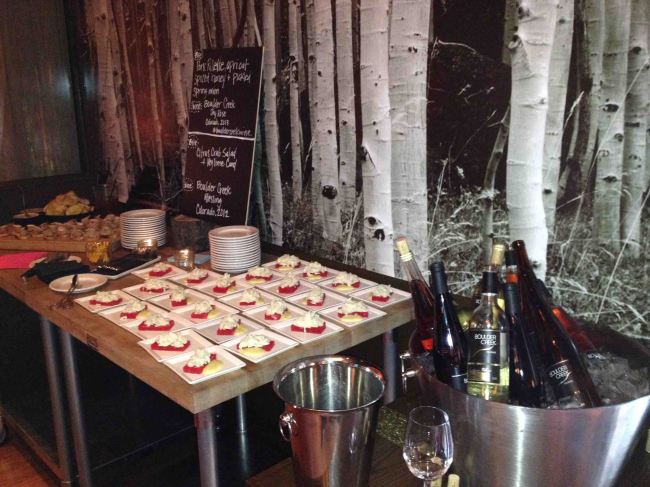 First up, Boulder Creek Riesling, Colorado, 2012, paired with Citrus Crab Salad and Key Lime Curd on a Wedge of Watermelon. The wine offered a subtle nose of banana, while residual sugar tickled the palate. The salad combined salt from the aioli and sweet from the melon. The pairing brought out the acidity, where the food kicked up the acid in the wine, making both look better. Our vote: a write-in, David Beckham + Victoria “Posh Spice” Beckham – the pair made both elements look better!

Next, Boulder Creek Dry Rosé, Colorado, 2013, paired with Pork Rillette, Apricot Spiced Honey, and Pickled Spring Onion. Chef Jason cooked the pork shoulder for hours, then combined it with the pickled Colorado spring onions and local honey spiced with star anise, cinnamon, and coriander. The wine was made with 75% Merlot, 12.5% Cabernet Sauvignon, and 12.5% Cabernet Franc grapes. A very nice, even pairing that was great in the moment, until we started eyeing the red wine. Our vote: Tom Brady + Gisele Bundchen. 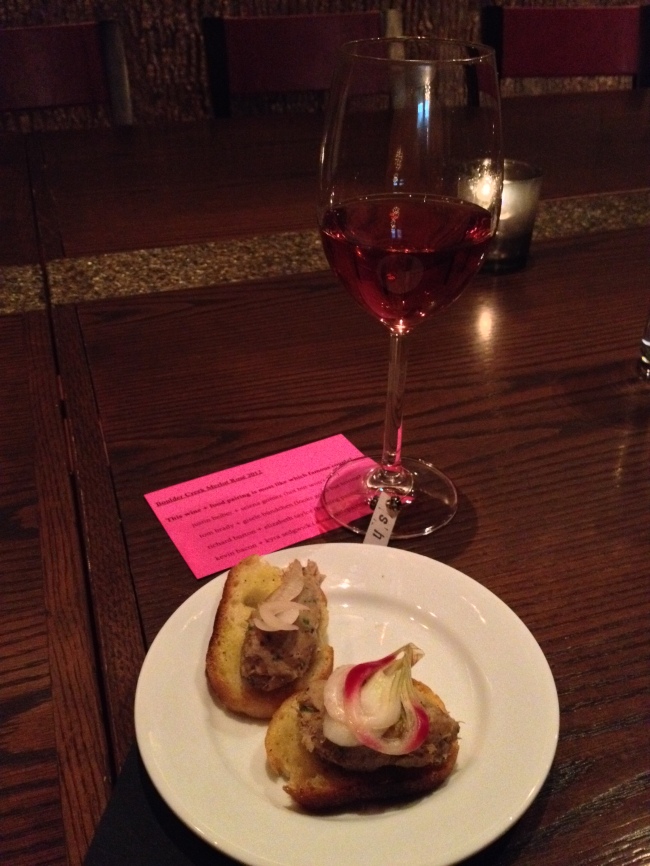 The third pairing was a power match of Creekside Cellars Cabernet Franc 2011, with Colorado Lamb Pops and Soft Herb Chimichurri. The wine was aged half in French Oak and half in American Oak. It was a classic wine: big, Old World, heavy, and elegant. Chef Jason described how he prepared the lamb with salt, pepper, saba vinegar, olive oil, rosemary, and thyme. It was a superb match of soulmates: Kevin Bacon + Kyra Sedgwick. The bucket of lamb pops went quickly once the Cabernet Franc had been poured! 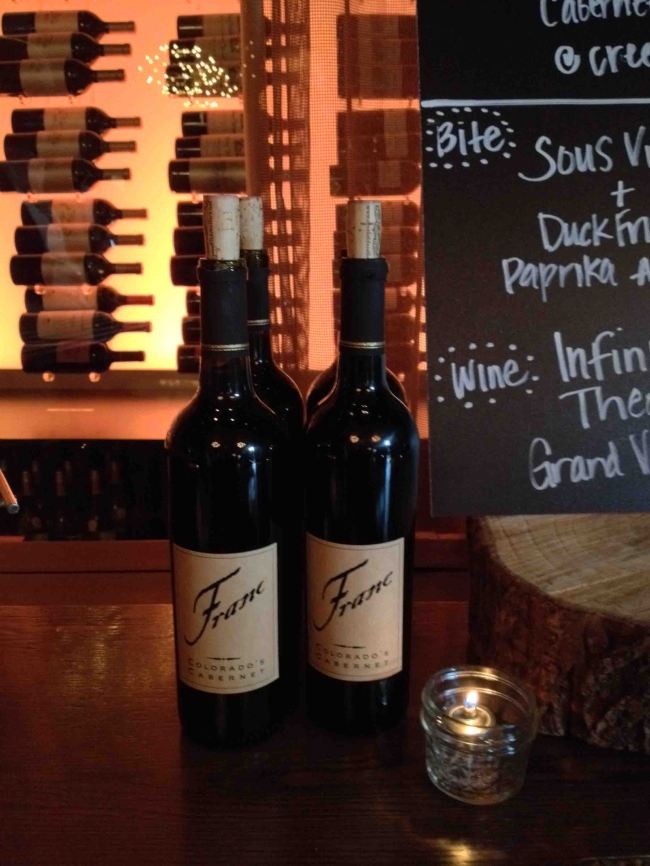 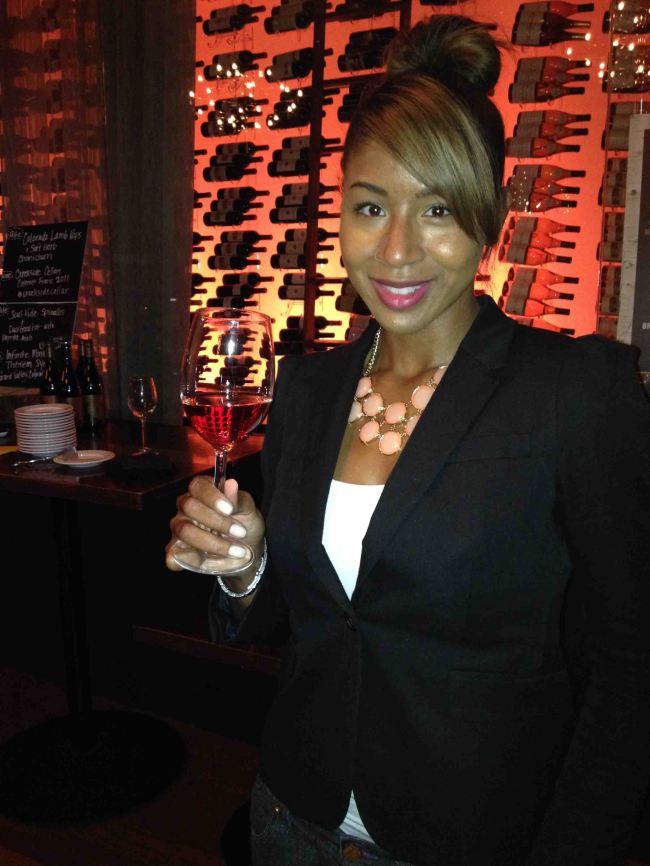 Creekside Cellars winemaker Michelle Cleveland attended the event and brought an extra treat for the locovores: her WTF Red Blend, Wine That’s Fun. It greeted the well-tippled tasters with notes of maple syrup on the nose, followed by cherries in the glass. Made of 68% Cinceau, 12% Malbec, 12 % Petite Sirah, 4% Merlot, and 4% Petit Verdot, it is fun for sure. 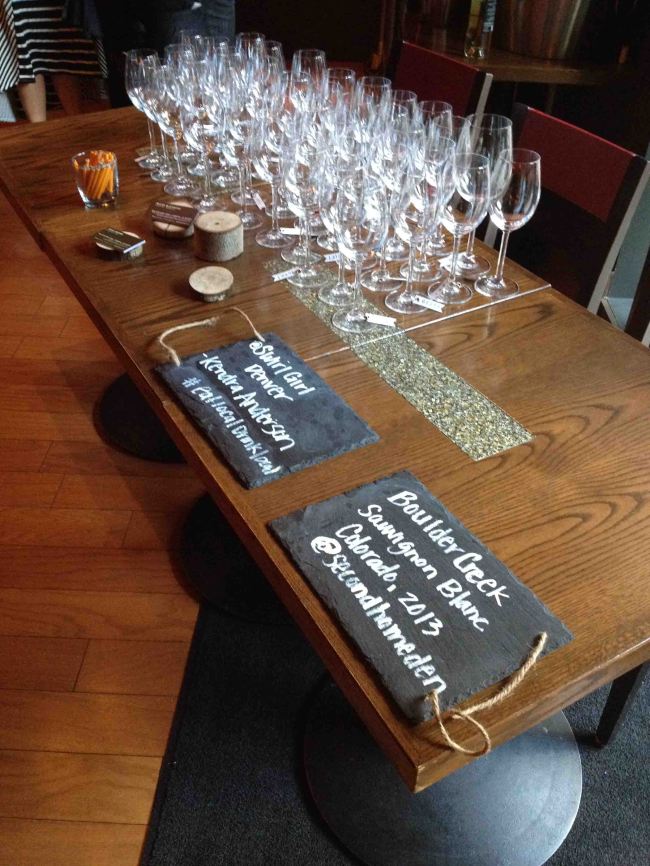