The Breckenridge Bucks’ second home series against the Pikes Peak Miners at the Stephen C. West Ice Arena offered more delicious food to enjoy while watching the Bucks split the series 2-9 and 3-2 in an overtime win. The Bucks would like to ELEVATE the experience of attending a hockey game by turning it into an event, complete with excitement on the ice, paired with hearty food, beer, and wine. At this past series, there was a thrilling back-and-forth game, complete with hot soup and pulled pork. 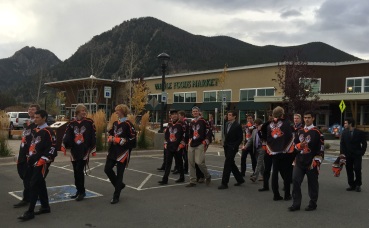 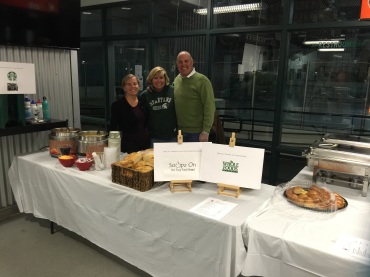 Thank you to our volunteers! 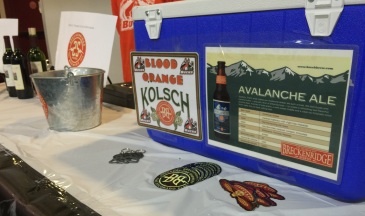 In addition to its partners, the Bucks have a Featured Restaurant and Featured Colorado Winery program. Each home game weekend they are offering an “Orange Plate Special” (Blue Plate Special) from a local restaurant and a selection of wines in celebration of Colorado food and wine.

Soupz On in Breckenridge was the Featured Restaurant. They served a choice of Thai Peanut Chicken or Pork Green Chili with focaccia bread and Greek salad. 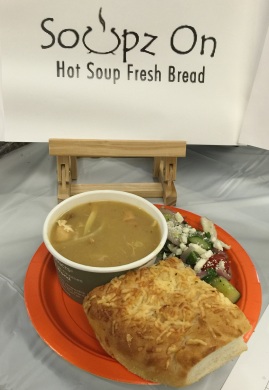 Bookcliff Vineyards in Boulder was the Featured Colorado Winery. They poured Ensemble 2013, a Bordeaux blend of 52% Merlot, 46% Cabernet Sauvignon, and 2% Malbec, and Cabernet Franc Reserve 2013. These are the current vintages of wines whose previous vintages have won numerous awards. A sommelier who was attending the game stopped by the concession stand to send compliments on the Ensemble. 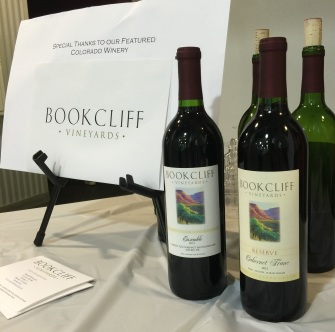 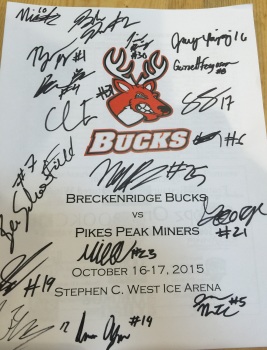 The Breckenridge Bucks take on the Colorado Rampage in the team’s next home game series, October 30-31, 2015. It’s Halloween Weekend! Anyone coming in costume (“costume” defined liberally) pays only $5.00 for admission.